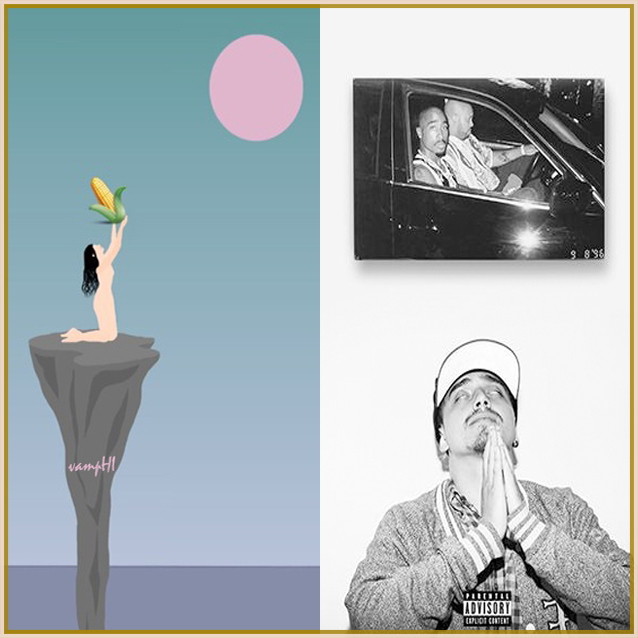 This month we feature the not-at-all “Shitty” Cornelius aka Cornelius Garcia, who has been actively illustrating his top dog position in the Hawaii Hip-Hop sphere this year with his perpetual stream of releases and unique murky shadowy artistry. He is also known by being half of the local hip-hop group, .rar.

Last year “The Latino Trey Songz” came out with Da Corn, a noteworthy project introducing himself alongside fellow emcees, cnrboy, prie, lazy luciano, etc to the masses. Overall a concrete release and a must listen for Hawaii hip-hop supporters. Executively produced by magu the dog.

My personal favorite tracks of his are included in his debut project, so check um below.

Nostalgic Goldenage-influenced Beat. High Caliber Rhymes. Content = Life. All you need in order to back up the track title and it accomplishes that. I’m not even fully sure who I would put first, but I have to give it to prie. Yeah scratch that… that was all of their best verses so far…

Laid-back horn-induced track with a sick Pharcyde Passin’ Me By sample perfectly fitting for the project/Cornelius himself, hah.

Personally feeling this one a lot, very relatable for those late nights.

Song title alone was enough for me to include. That game was a go-to in middle school. The Nostalgia…

Cornelius is another prime example of the originality and uniqueness Hawaii artists bring to the table. He is undeniably one of the more creative artists we have here. Very authentic style/presence, the reason he stand’s out from the rest is his versatile rap flow (transitioning from auto-tune to rapping to singing). Hoping to hear another cohesive project like Da Corn in the nearby future.

Props to Corn too for familiarizing me more with production from TSRK (The Super Robot King), one of my new local favorites.

And for the record, I’m mentally adjusting my Top HI Hip-Hop List for 2016 to include his debut project now at #4.